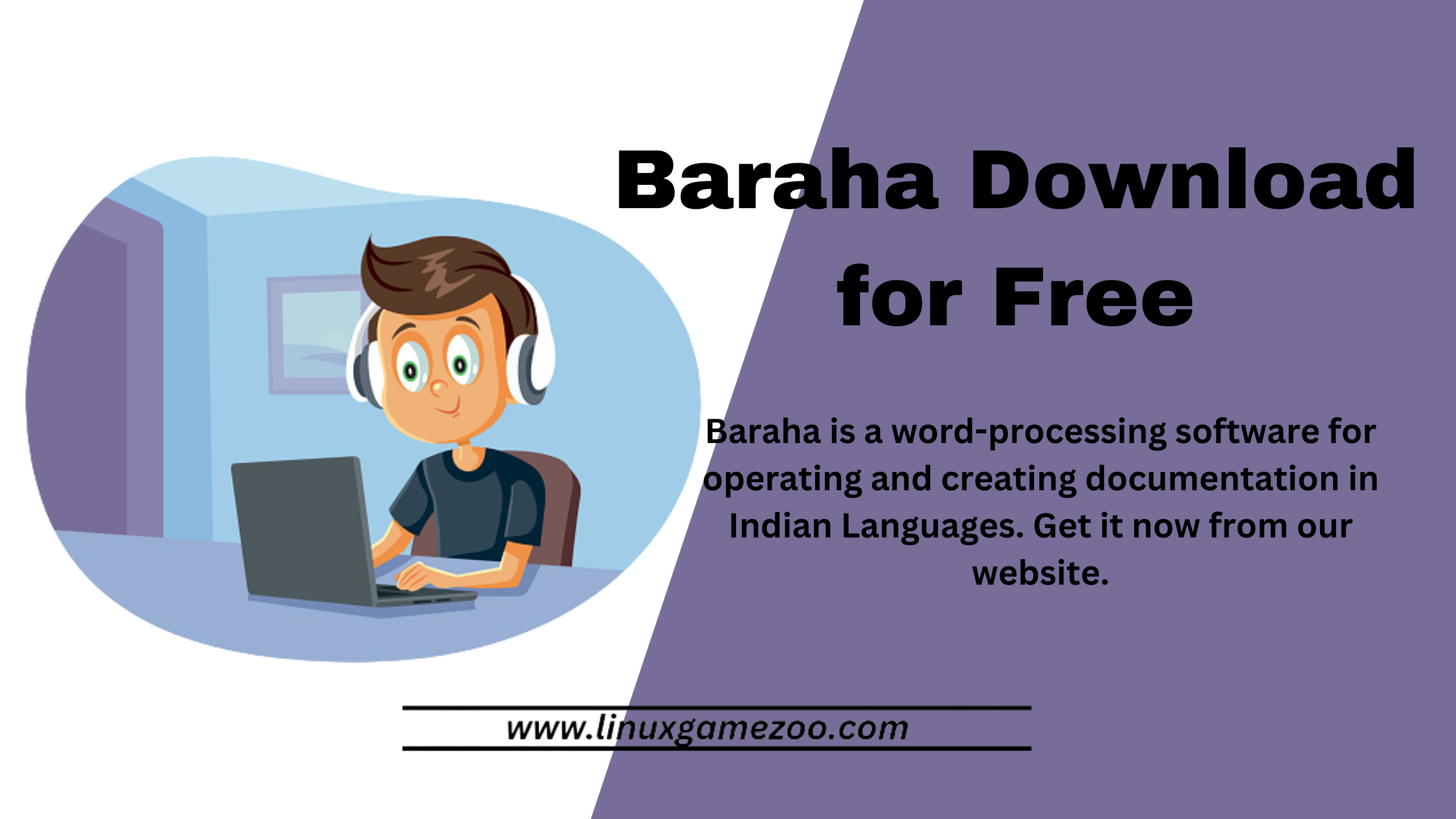 Baraha is a word-processing software for operating and creating documentation in Indian Languages. This software contains many Indian Languages that are practiced, written, and spoken in India. It is specifically designed in a way to support region-specific language. It also works in standard processing languages.

What is Baraha Software?

This software is specially designed to type or create documents in Indian Languages. It is Indian language processor software. It allows users to write specifically in their native language. This software was first developed by Sheshadrivasu Chandrasekharan to encourage the use of the native languages of India on computers as well.

Bahara was first released in Kannada and later on other languages have been added. This software can be used in creating documents, sending emails, and publishing web pages. This software comes as Bahar Package which includes the following items in it:

Baraha is a text editor that presents basic word processing programs such as composing a text, converting it to an Indian language script, inserting pictures, inserting hyperlinks, inserting symbols, finding and replacing, printing, sending documents via email, and more.

BarahaPAD is a Unicode text editor. It is a standalone editor that has a lot to offer: various language and keyboard input methods, text formatting options, print and send documents via email, find, replace, convert to, spell check, and translate text (uses Google Translate to translate text).

IME stands for Input Method Editor. IME software allows you, the user, to enter characters and symbols not available on your keyboard. Now that you know that, BarahaIME lets you easily switch from one language input to another and from one keyboard input to another.

FontConvert is one of several tools presented by Baraha. What it does is exchange documents between Baraha and other 3rd party fonts.

The latest full version is not free at all.

How to Install Baraha?

You can install your licensed copy of Baraha anytime on your PC by following the steps.

This app helps create documents for both, experts and beginners.

Features of the Baraha:-

This Indian language processor software is to develop documents and perform different functions in the native languages of India. This includes almost every Major Indian language such as

These languages are not only spoken in India but also in the countries of the US, Fiji, Nepal, and South Africa. This word processor comes with the feature of a transliteration scheme and phonetic keyboard. It allows users to put the native Indian language with the keyboard of the standard English language.

This app also offers file exporting in many different formats. Users can choose the format according to their preferences such as ANSI, Unicode, Rich Text Format, and HTML.

Pros and Cons Of Baraha

This software just like every other software comes with particular pros and cons. Every user should be vigilant about all the features of the app before buying it.

Is Baraha Safe to use?

Baraha is at the top of the productivity list on Google Play Store. It has good rating points and reviews. This tells the authenticity of the app. It is safe to use. Bhara facilitates support for any User, from Windows XP to Windows 10.

This software is easy-to -use for people who want their official work to be done in their native language. This app is the reason to keep the language alive among Indian users and most people feel more connected to it.  It provides almost all Indian Languages, so it is the perfect fit for Indian Users, whether they are from any region of India. This can be used according to users’ preference, whether they want to use it for personal work or office-based work, it is available and applicable in both scenarios.